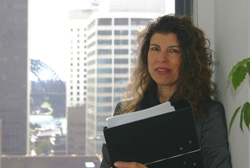 Alison brings a unique perspective to practice in Sydney having grown up in the Caribbean and practised at the bar (and barre) in London prior to making the jaunt down to Sydney about 20 years ago. Forsaking the Northern hemisphere and her desire to become a dancer Alison was admitted to practice in Sydney and in 2002 became a New South Wales Law Society accredited specialist in commercial litigation (Insolvency).

A lawyer with many years of experience in a range of jurisdictions, as barrister and as solicitor, Alison combines intellect with compassion and brings to her practice of the law, life experience gained in many different places including England, the Caribbean and Ghana. Alison is highly regarded as a dedicated professional who is fearless and confident and enjoys a challenge. While her first years as a lawyer were spent roaming the magistrates courts across London and Southern England (including being locked into a cell beneath court with a client and forgotten on one occasion!), Alison’s experience in Sydney has largely been dealing with commercial/equity disputes, acting for Insolvency practitioners and bankrupts, acting for a major bank, company directors, franchisees and in industrial relations disputes.

Alison has enjoyed mentoring both young lawyers and women lawyers through the Law Society’s mentoring programs.

Admitted to practice in: 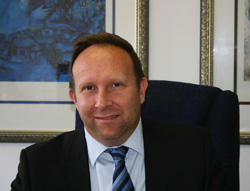 Steven has acquired a wide range of experience during his career as a Solicitor, Barrister and in-house counsel.  His areas of specialisation are litigation and commercial transactions.  Steven represents clients in a broad variety of commercial matters, in both an advisory capacity and in matters that proceed to litigation. (It’s not his fault if clients don’t take his advice and end up in court).

Steven has experience in appearing in the Supreme, District and Local Courts of NSW, as well as in various tribunals including the NSW Civil and Administrative Tribunal (NCAT) in home building disputes and retail lease disputes.

Steven is a true “international” lawyer and is admitted to practice in several jurisdictions. He can even say hello in 27 different languages. Steven practiced as a Barrister in South Africa, in the area of commercial law, for about 10 years before moving to Sydney, with a stopover in New York along the way.  His experience in these various jurisdictions has given him a unique perspective and the ability to craft solutions to legal problems. 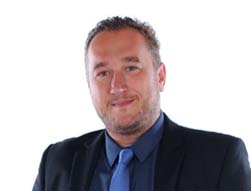 Davorin is a Solicitor and Registered Migration Agent with the Office of the Migration Agents Registration Authority (OMARA).  He focuses on migration matters including advising and handling applications for:

Davorin is fluent in English, German and all of the languages spoken in Former Yugoslavia.

Drayton Sher is supported by a team of paralegals.

We are experienced legal practitioners supporting clients with prompt, practical and the best possible legal advice.